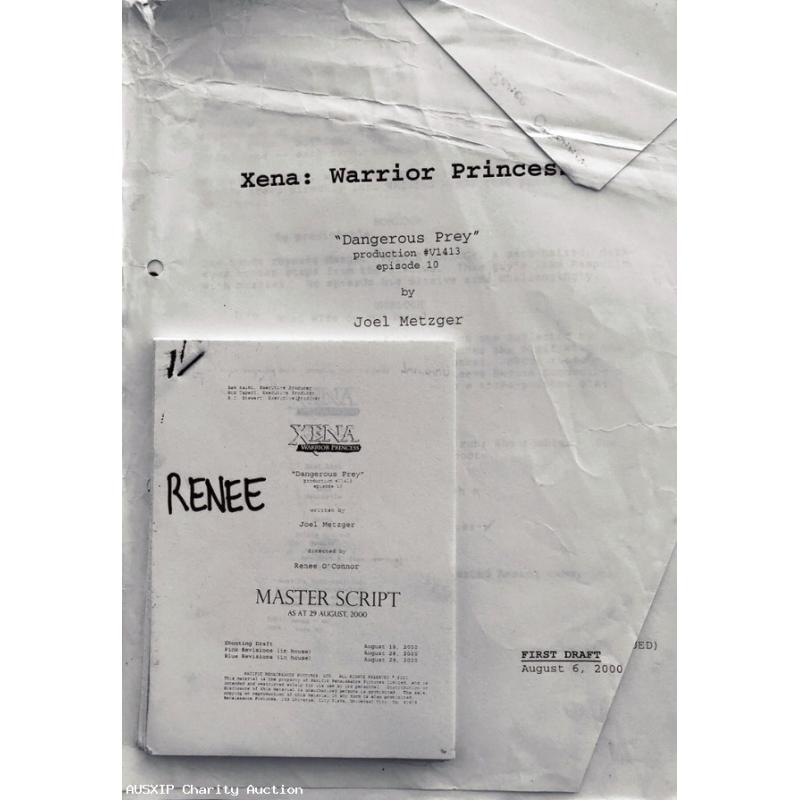 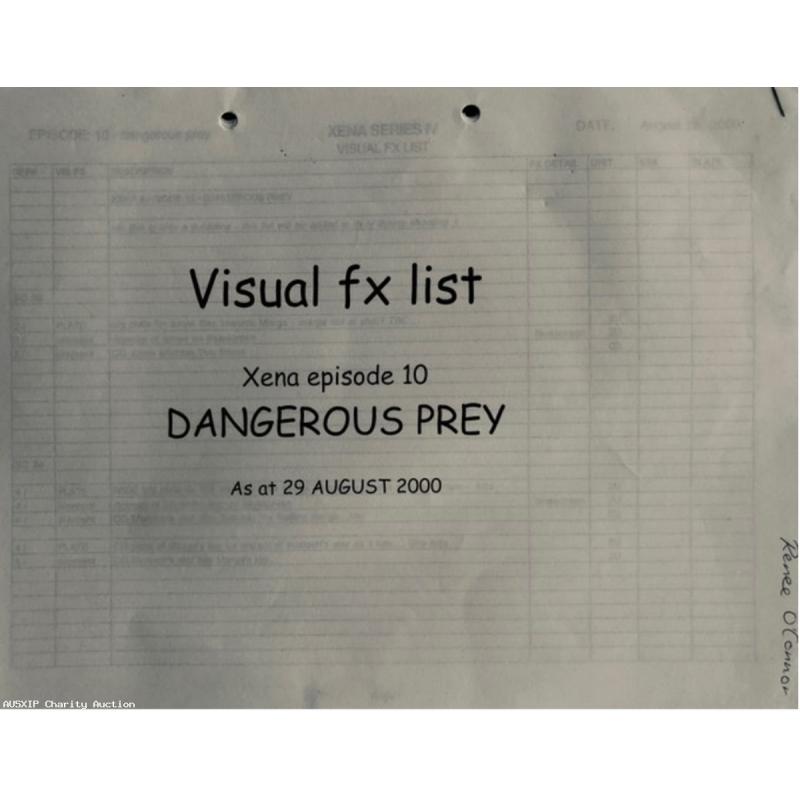 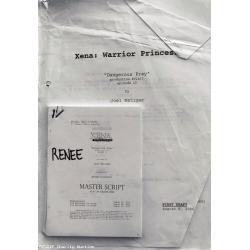 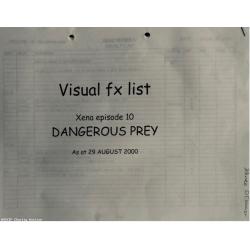 Renee donated her original script and will autograph it. This episode was the 2nd episode Renee directed for Xena: Warrior Princess

When Marga is killed by a vicious hunter, Prince Morloch, she requests that Xena trains Varia to become queen of the tribe. The two attempt to track down Morloch, but he is very smart and has skills that almost match those of the Warrior Princess herself.

Charity: The House of Bards